Studio "Nepokorennye" is a non-profit organization founded by artists for artists. There are 10 open studios and one large exhibition space. The main focus of the studio’s work is on the young artists. At the moment there are 8 permanent residents in the studios, the others change every 3 to 6 months - in the last 2 years new artists arrived once a year. The residents’ or other young artists' projects are presented in the exhibition hall. Decisions on new residents and exhibitions are taken collectively.

“Many artists had worked at the Nepokorennye studios together for years and even then they stayed individual artists united only by space. At times, this experience was similar to the experience of living in a communal apartment, where different people without an ideological alliance have to coexist with each other except that the neighborship was not forced, but voluntary, and the principle of getting into this structure was determined by artistic interests.

In one of his essays, the British eco-philosopher Timothy Morton formulates the thesis “contact becomes content”. For Morton, in one way or another any contact carries the possibility of new content. The Nepokorennye were often called a group that they never were, but a phenomenon of space, united by the syn-energy of a wide variety of individuals. The Nepokorennye became a formation of multiple, simultaneous, close-different trajectories of the creative path. Of course, the influence on each other is inevitable, constant contact is part of “sharing the space between subjects in interaction”. Sometimes artists visually became very close, but over time, everyone went his/her way.

The first five years of the open studios existence passed under the sign of maximum interaction and joint efforts to create new peculiar context. Almost every month we organized weekend open studios, when anyone could visit the artists’ ateliers, but also side events, such as concerts, lectures. In a curatorial tandem with Victoria Ilyushkina, I organized two video festivals called “VIDEOZAHVAT” in the studio. The defining events of our aesthetic crystallization became two exhibitions that took place with a difference of one year - “Memory of the Fields” and “Space of Silence”, - Anastasia Shavlokhova. 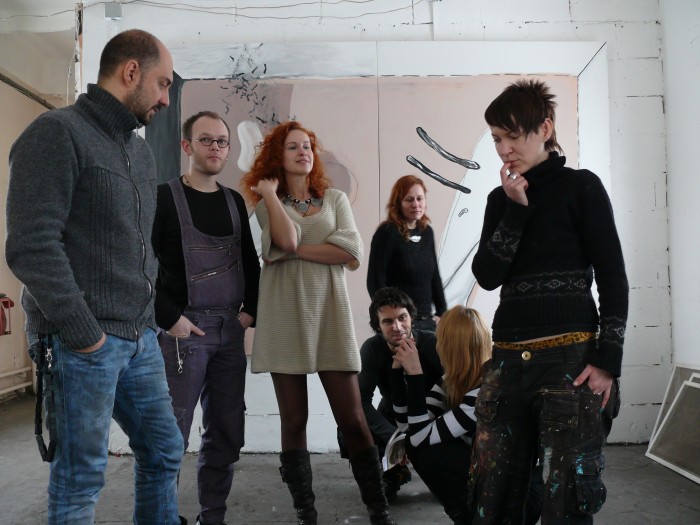 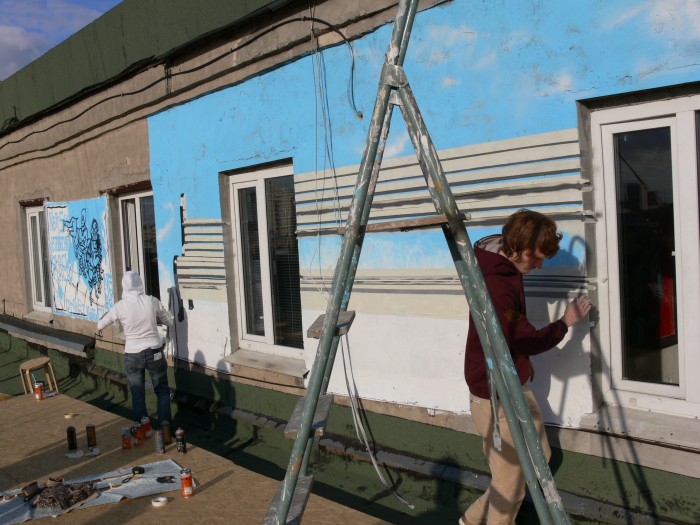 MilkandVodka group is at work, the roof of the Nepokorennye studio, 2007 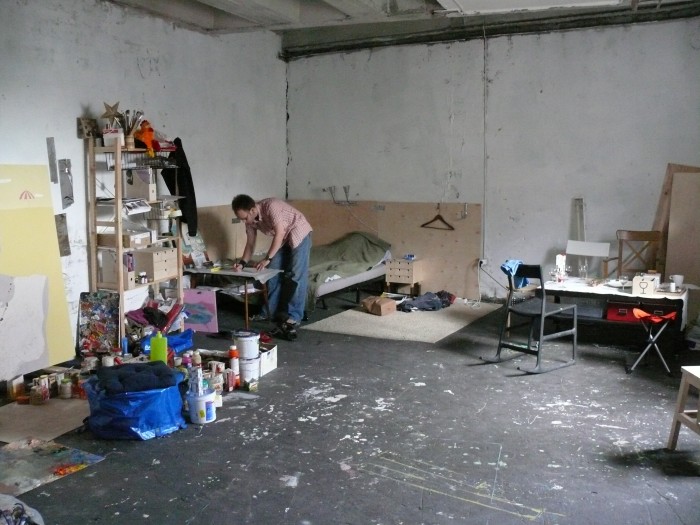 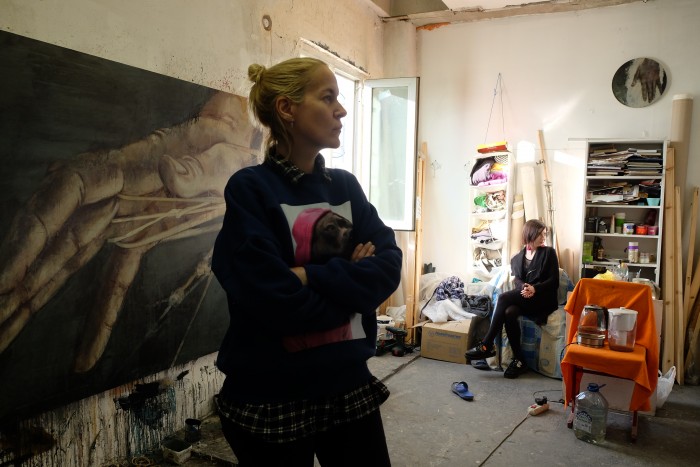 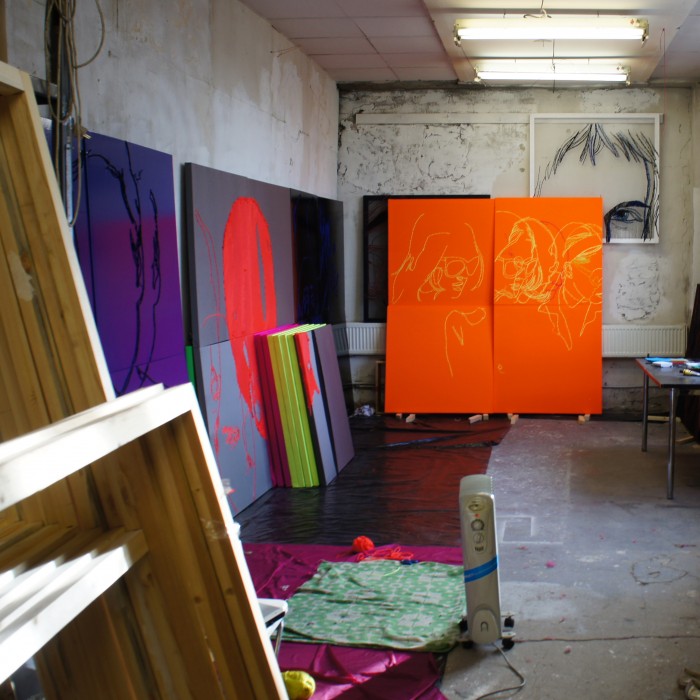 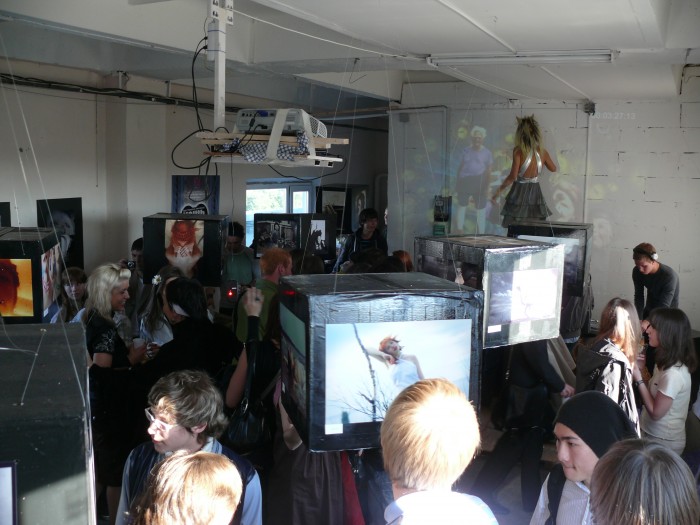 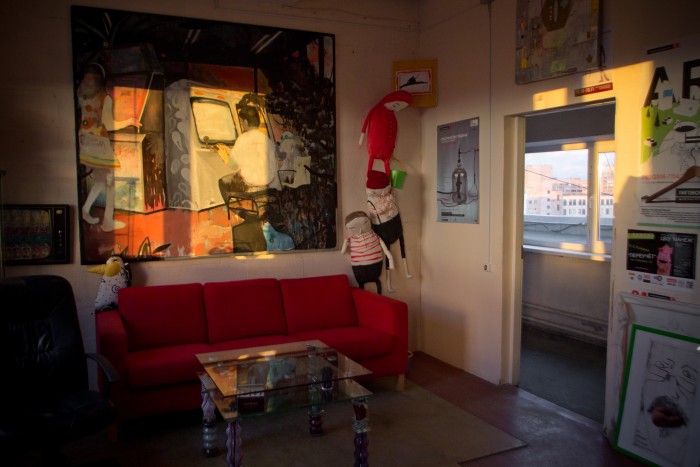 Office of the Nepokorennye studio with the painting by Kirill Makarov, 2012 (photo by Alexander Kampinsky) 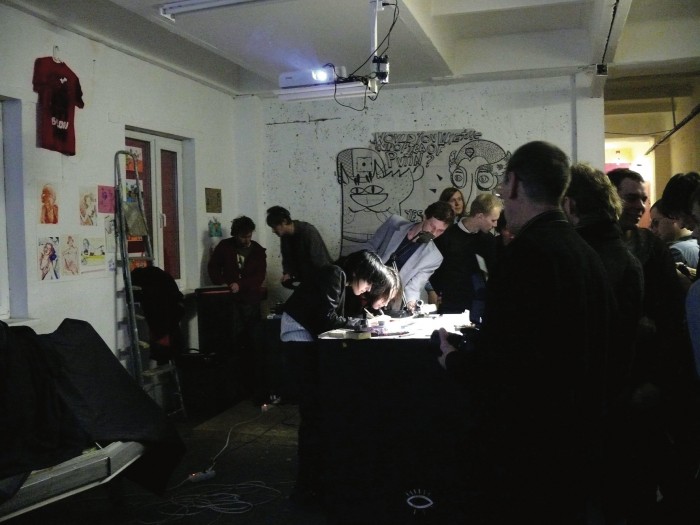 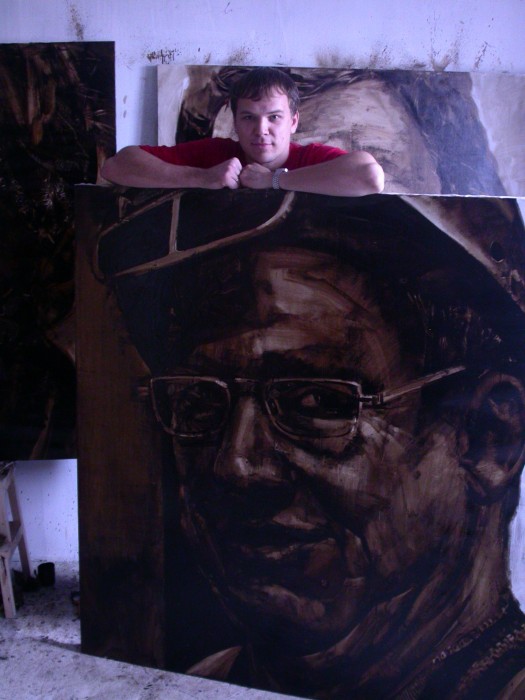 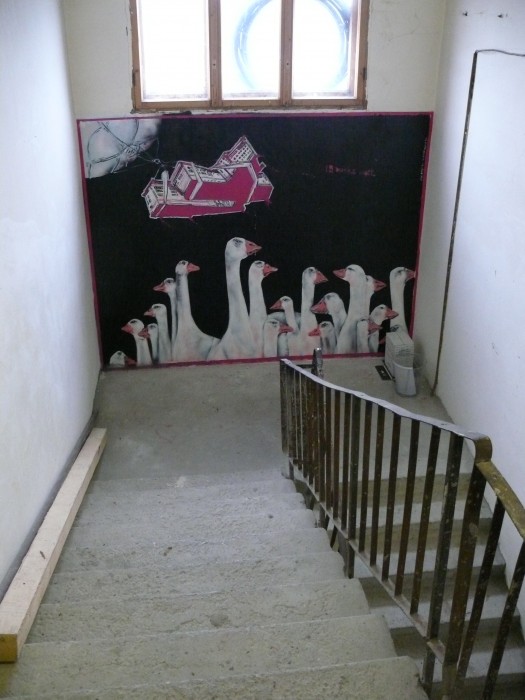 Artwork by Stas Bugs, staircase at the Nepokorennye studio, 2007 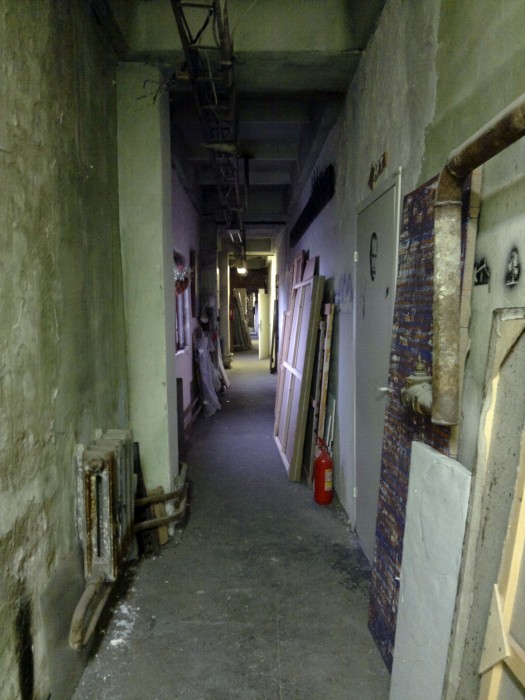