“Memory Of The Fields”

Thinking about the relationship between material and spiritual matters more and more often, there comes an understanding of the impossibility of partitioning these categories, their absolute unity lies in a special space, hardly tangible, invisible to the eye - the bio-physical field (Kirlian photography). Even before the First World War, experiments began to be conducted on the study of the human biofield. With the advent of the X-ray apparatus, scientists clearly saw the glow surrounding the physical body, which the ancients called aura. Then came the real scientific revolution, the fact of the existence of the so-called memory in everything that exists on earth was an inescapable given.

Scientists declare chaos as the highest world order, they speak of such fundamental particles, whose existence was only a science fiction invention until recently. It is the intuitive feeling of the object’s memory, its phantom existence in time, a kind of aftertaste that became the theme of this project. In this context, our task was to search for the possibility of materialization of the fields, as clots of energy, and each artist concentrated his/her focus on one aspect of this complex physical phenomenon. Thus, we did not strive to bring all the works to one common denominator, on the contrary, we state the authenticity of a single artistic experience in order to achieve maximum objectivity in comprehension of the topic. 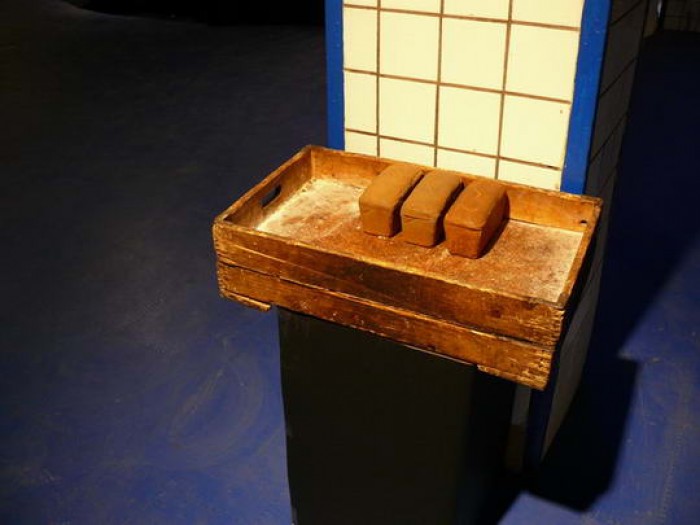 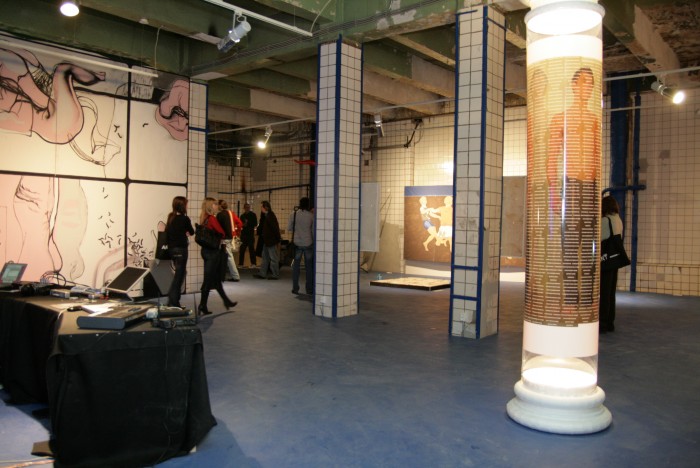 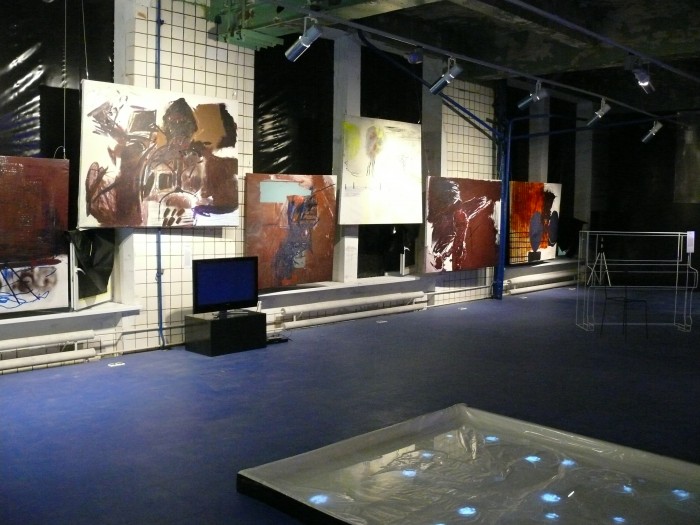 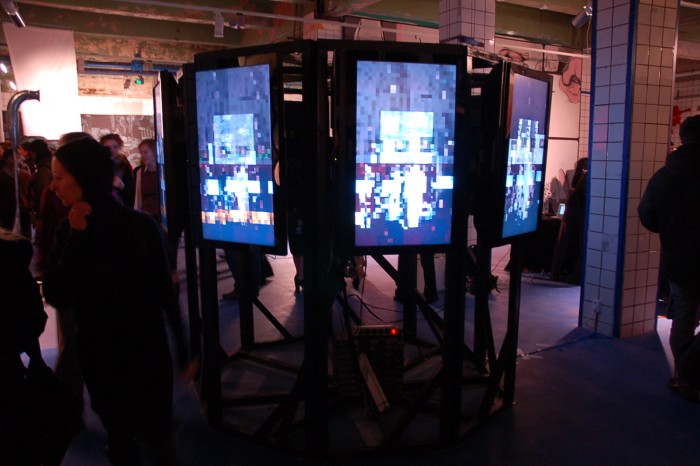 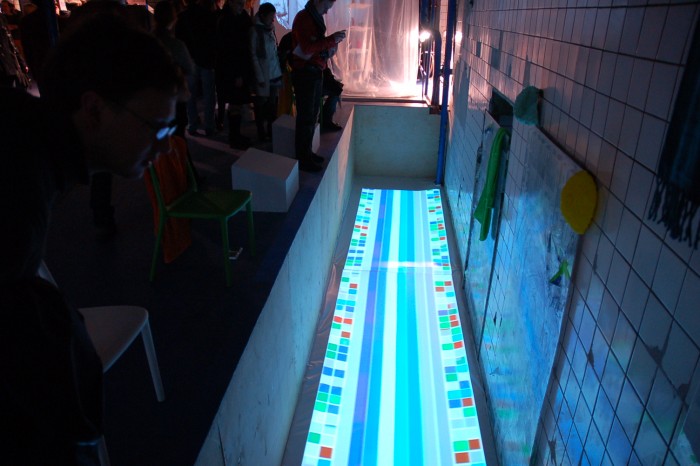 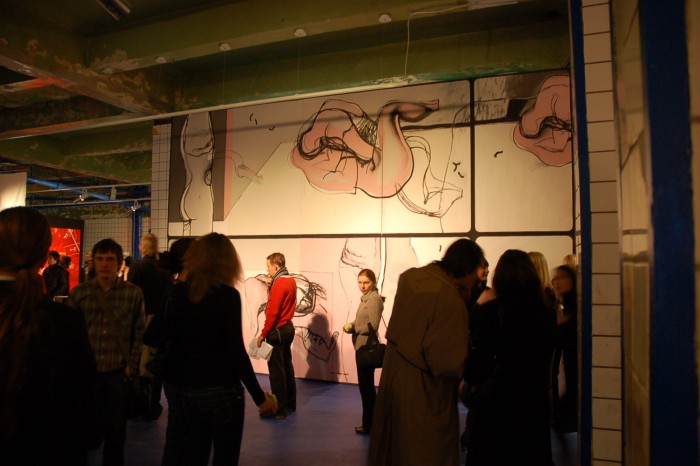 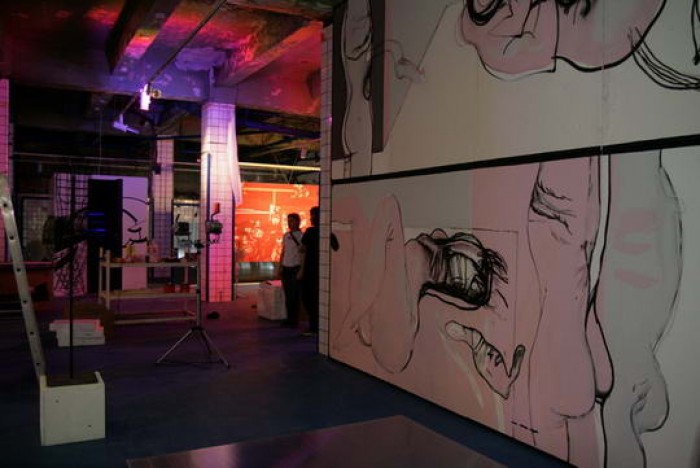 Exhibition view with the painting series by Andrey Gorbunov "Aftertaste" in the foreground, 2008 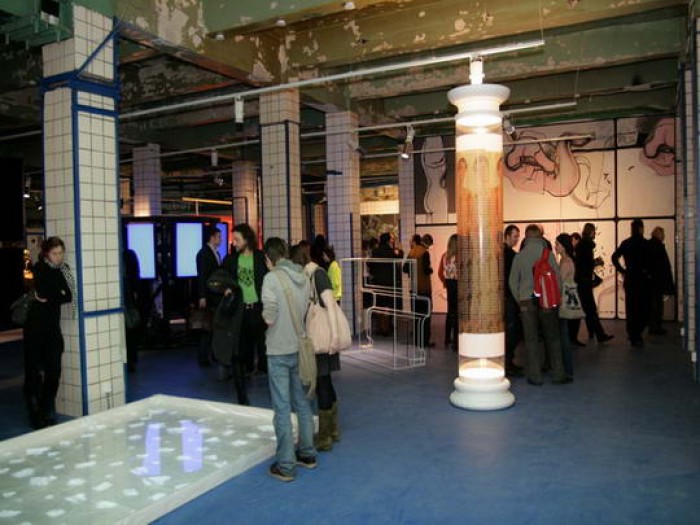 Exhibition view with video installation by Tatyana Akhmetgalieva and Veronica Rudieva-Ryazantseva "Field" and "Doric loop" by Olga Zhitlina in the background, 2008 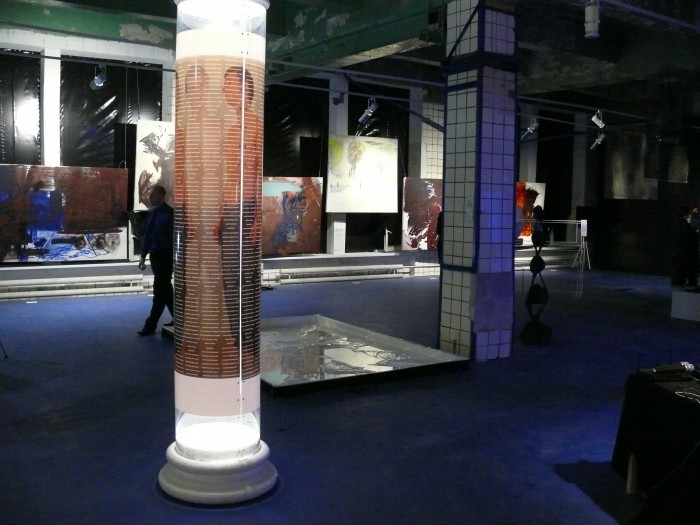 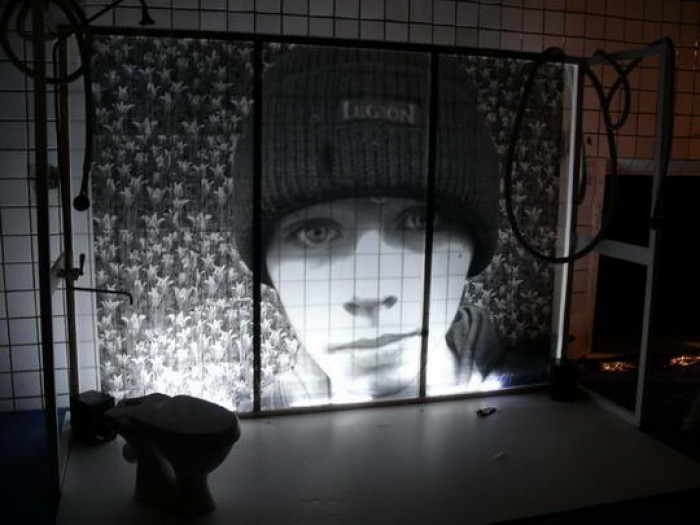 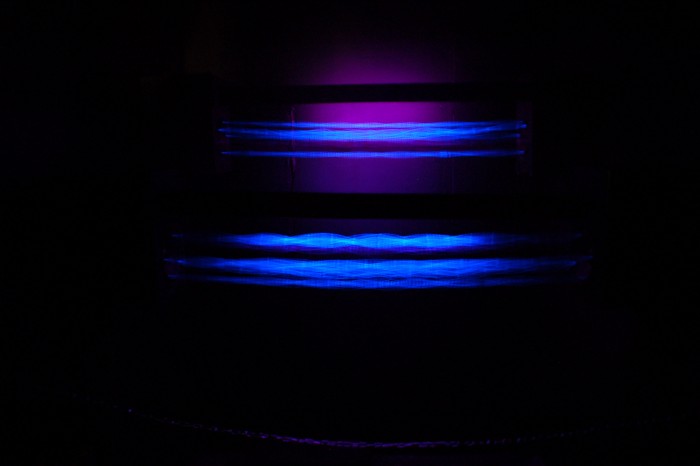 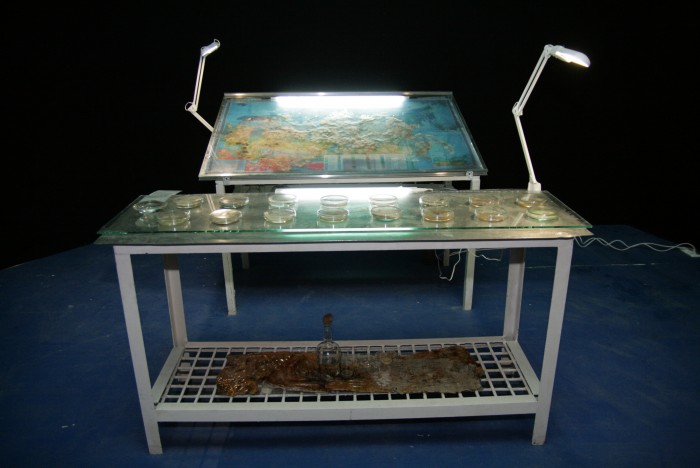 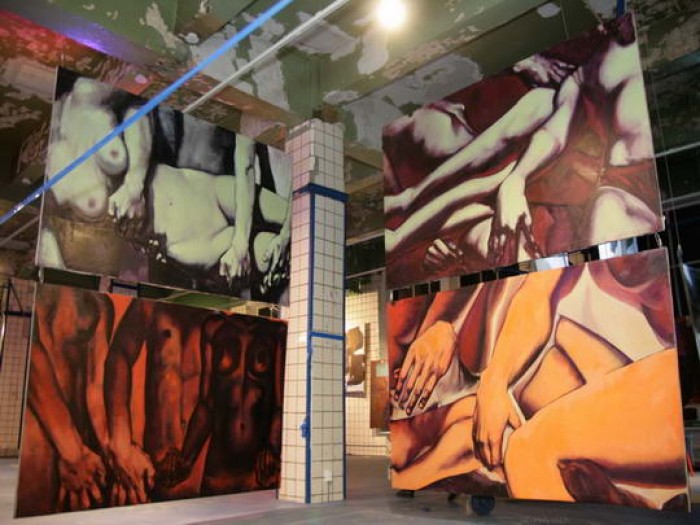 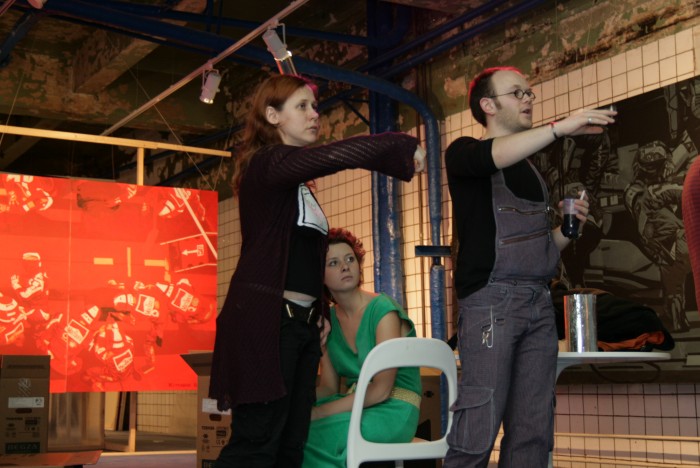 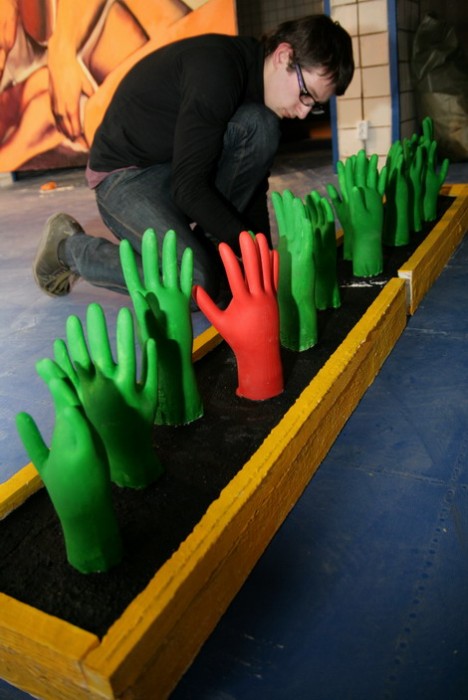 Alexandr Khromykh and Andrey Polyanichenko, Energy of the ground, installation, 2008 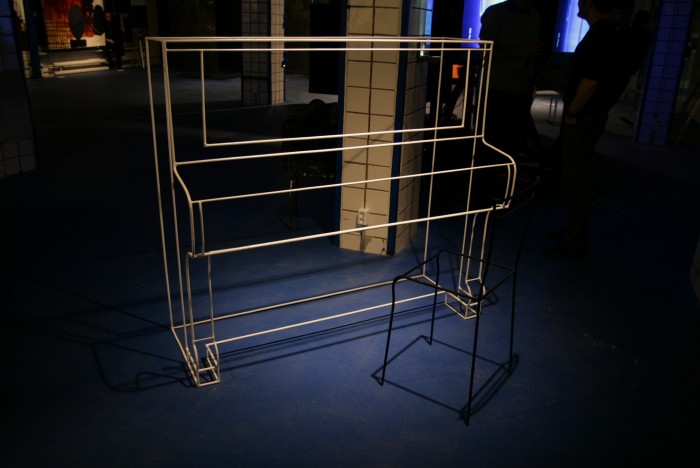 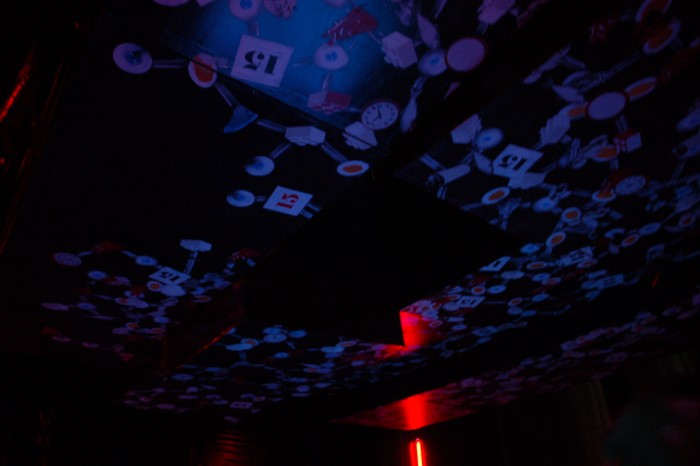 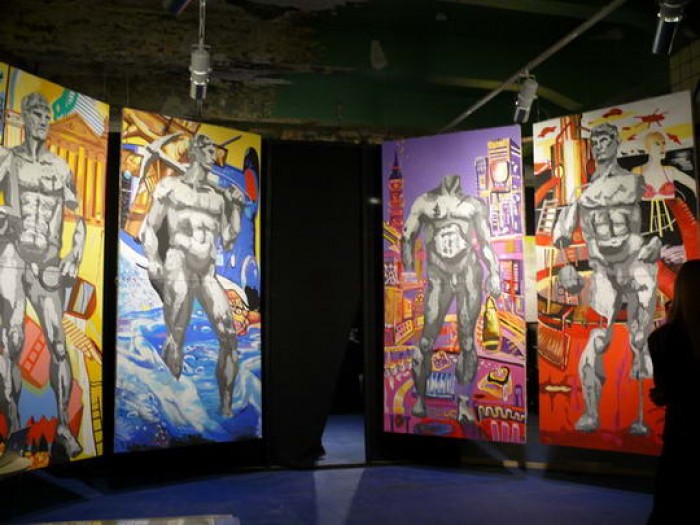 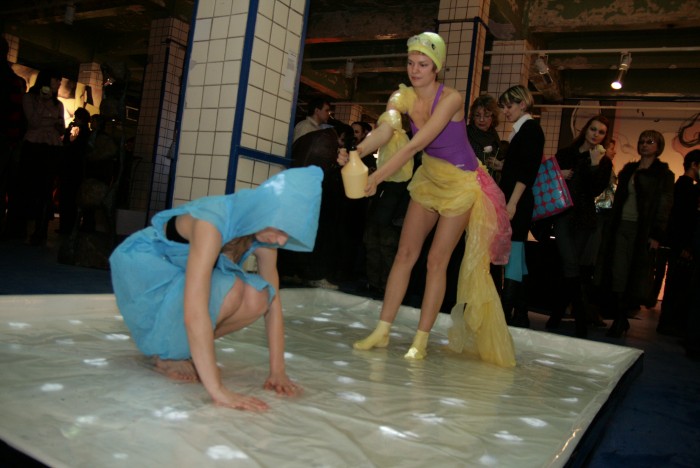 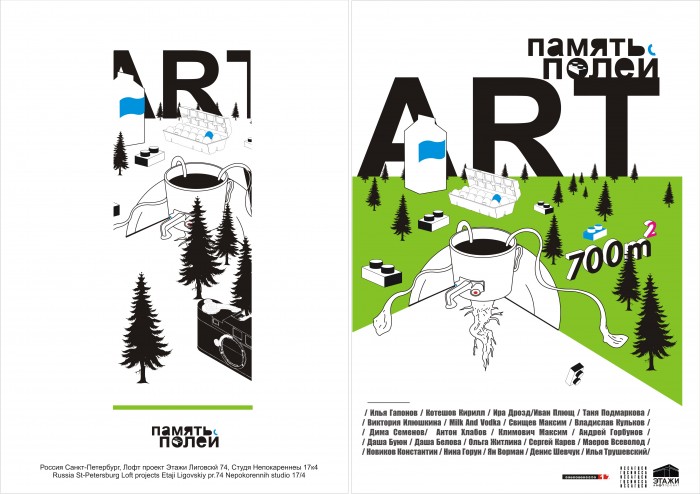